Linguistic Differences Around the U.S.

It’s easy to assume that cultures correspond to countries, but the reality is much more complex, and the same is true for languages. You probably know, for instance, that Spanish is spoken in dozens of countries around the world, and that it is spoken a bit differently in each. But what you may not realize is that cultural and linguistic differences occur on a much more local level as well.

Think, for example, about English. If you’ve ever spent much time talking to people from different parts of the U.S., you probably know we don’t all speak the same way. In a recent post, I described some of the cultural differences we see within the U.S., and in this post, I’m going to discuss some of the linguistic differences.

In 2003, Harvard linguist Bert Vaux conducted a survey of more than 30,000 Americans to try to better understand some of the differences in the ways we talk. (The entire survey was online, and I was one of those 30,000 Americans.)
Some of the questions on the survey confirmed popular assumptions. In and near Atlanta, the generic term for a sweetened carbonated beverage is “coke,” while this is “pop” in the Midwest and “soda” almost everywhere else.

Waiting “on line” rather than “in line” is something only New Yorkers say. And “anymore” means different things in different parts of the country — some folks use it to mean “nowadays,” some use it to mean “already,” and some don’t use it for either of these.

But do you have a name for when it rains while the sun’s still out? I call it a “sunshower,” like most people from the Northeast, but Southerners say “the devil is beating his wife,” and most of the rest of the country has no name for this at all.

If you have a name for a drive-through liquor store, it’s probably either “brew thru” or “beer barn.” But the odds are you haven’t even heard of such a thing, and even if you have, you don’t have a name for it.

Do you pronounce the second “a” in “pajamas” like the “a” in “father” or the “a” in “jam”? If you’re from the northern half of the country, you’re more likely to say it like in “jam.”

The information gathered in this survey is absolutely fascinating. More than that, it’s remarkably useful. Answers to these questions can be used to figure out where the lines are between different American dialects, and they can also predict where someone is from.

Want to see if you speak like someone from your hometown? To take the test online, click here. 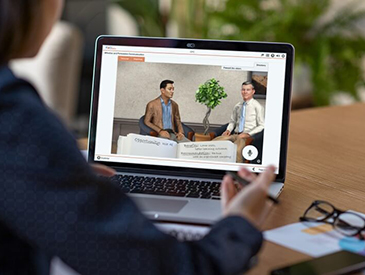 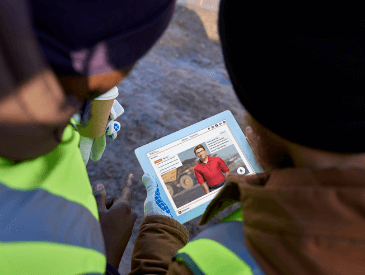 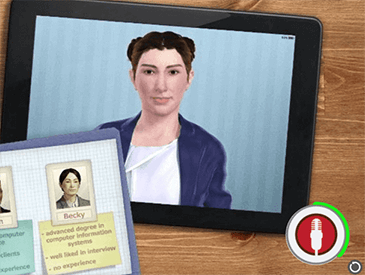 Rapid Reskilling Part III: AI-Based Practice and Assessment
In previous blogs, we discussed the need to prepare workers for the post-COVID economy, and presented our Spiral-Stair-Case model for rapid reskilling. This blog describes how Alelo’s Enskill® technology supports...