“Almost all the success we had in Ramadi was built on the relationships we had with individuals, and in almost every case the beginning strength of the relationship was on our mastery of basic language.” 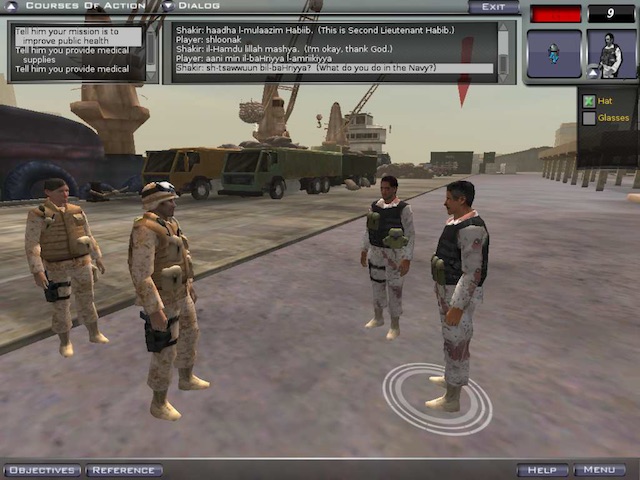 Alelo’s Tactical Iraqi Language and Culture Training System (TILTS) was a scenario-based software application developed for the United States Department of Defense. TILTs provided pre-deployment or in-country training that gave service members a usable grasp of Iraqi culture, gestures and situational language by placing them in a virtual environment where they communicated face-to-face with avatars representing local people.

The 3/7 Marines, the first Marine unit to return from Iraq without any combat fatalities, trained with TILTS prior to deployment. In response to this success, the Marine Corps Center for Lessons Learned (MCCLL) conducted surveys and interviews with the returning 3/7 Marines to understand how TILTS contributed to their success. According to the report, 50% of the Marines who trained with TILTS indicated that skills acquired with TILTS impacted the success of the mission.

Below are some of the comments from 3/7 Marines on the impact that Tactical Iraqi had on mission success:

“The Iraqi Arabic I learned, coupled with Arabic learned in country, allowed me to create a stronger bond with the people, by communicating with them directly as opposed to through a translator while observing their culture and customs—which I believe caused the Iraqi people to open up to us more.”

“The skill and language I learned help me talk with Iraqi locals so that I could figure out what their neighborhoods needed (power, water, trash clean-up etc.).”

“As a mechanic, it was useful to have a grasp of Arabic for my job.”

“It helped out very much in being able to communicate with Iraqis and Iraqi police without an interpreter.”

“TILTS impacted my success as well as 3/7. Iraqis saw that we were different from other Marines. I still have friends from Iraq calling me on my cell phone to keep in touch.”